There's a petition going around to strip Bruce Jenner of all Olympic medals, what with Bruce actually being Caitlyn and all. (Why change the name? I know a woman named George--why not Bruce?)

Take medals away? Seems to me it should be the opposite. If Bruce felt he was a woman, but set records in sports where usually men get the faster time, then shouldn't he (or she, whatever) actually get an extra special medal? Like ... the platinum? Or the diamond medal? Diamonds are a girl's best friend.

If the medals should be taken away for anything, it should be for dumbing down America through participation in reality TV.

The big question is: Why do we care? As long as it's not being funded by taxpayers, let Bruce Jenner turn himself into a girl, a gorilla, a lemur, whatever. There are way worse problems in the world, such as ISIS, Congress … the other female Kardashians. 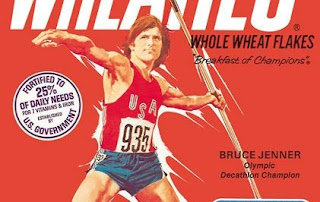