Much as I tried, I couldn't write anything new this year to memorialize the events of 9/11.

I was so heartsick over our horribly bungled and costly withdrawal from Afghanistan, I found myself unable to say anything that wouldn't just attract pointless political arguing. Oh, I found words--I'd even go so far to say they were eloquent. But despite the obvious connection, writing about it now would only take away from remembrance of the terrorist attacks.

So I deleted the whole thing, thus saving the internet another corner of hate throwing and name calling. Instead, I'm reprinting here the column I wrote for the 10th anniversary of 9/11. Sadly, I didn't need to make many changes. 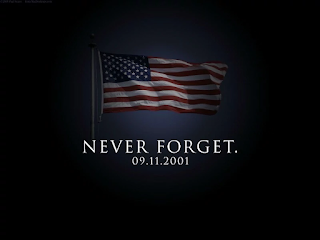