The No-Campfire Girls was featured Sunday on the Fussy Librarian daily newsletter; the site's all about books of various genres, and can be found here:

It costs a few bucks to do the ad, but it did bring sales. The Amazon ranking for The No-Campfire Girls rose from just over three million to 41,341 that day, which is its highest Kindle ranking, so the extra effort clearly did something. 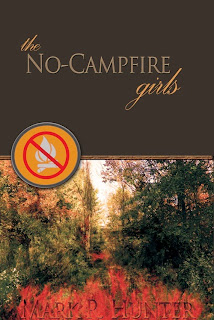 That's especially important because half the proceeds for the book go to support my wife's Girl Scout Camp Latonka, in Missouri. (Not "former" because once a Scout, always a Scout.) This is our second such effort, with the proceeds from another book, Smoky Days and Sleepless Nights, going to the Albion Volunteer Fire Department.

And they don't get charged for the advertising!

This is also why I didn't set The No-Campfire Girls to free: Can't raise funds that way. Not to mention the e-book is already only 99 cents. You can even pick up the print version for just five bucks: That's a lot of entertainment, for the price of an extra small plain black Starbucks coffee.

I'd planned to do a whole promotion thing around the Fussy Librarian appearance, with the idea of getting it as far up the rankings as possible. But my mother landed in the hospital (she's out now) and some other things happened, so now I'm going to launch that effort afterward instead, for about a week. I don't self-promote nearly as much as I probably should, so I think my readers will forgive me, especially when it comes to a good cause.

What will my extra promotion effort entail? In the immortal words of Indiana Jones, I dunno--I'm making this up as I go along. But look for more about the book later, and until then please support the Girls Scouts by picking it up on our website at www.MarkRHunter.com, or over on our Amazon page: