I finished the second draft of Fire On Mist Creek, and didn't have to make as many major changes as expected. This was surprising, considering it was a NaNoWriMo novel, and the first draft was completed in about thirty-five days. (But I had an extensive outline going in.)

I added about a thousand words, fleshed out a character who didn't exist in my original outline, added one new scene, and completely rewrote another scene. Also, I gave the dog a bigger part. You can never go wrong putting a Dalmatian in your book. 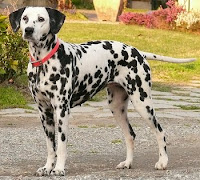 And now: another round of edits. It's time to seek out and destroy adverbs, gerunds, passive voice, and weasel words. Weasel words are okay, if the character saying them is a weasel.