Apparently the interview with me ran on 93.1 WIBC: Early yesterday I received a small flurry of book orders through the website, and at the same time my Amazon author ranking suddenly jumped to higher than it’s been since February, 2014. (And no, I have no idea what happened in February, 2014.)

It just goes to show: You never know when your promotion efforts are going to pay off. And I still don’t know. When a media outlet receives a press release, is it picked up, as in this case, by someone with an interest in history, humor, and trivia? Or does my e-mail get opened the next day by someone whose girlfriend just broke up with them? Who saw the title Hoosier Hysterical just after being called “hysterical” by that very same girlfriend? Who finds subtitles offensive? Holy cow—all my non-fiction works have a subtitle! I might as well call my next book Kiss of Death: How Subtitles Ruined My Writing Career.

I can always find a way to turn good news into paralyzing fear.

That’s why I do book signings, even though the time put into planning and promotion doesn’t usually match the income: You never know what it will lead to. One person hears about it even if they don’t attend; they tell a friend who’s into that kind of writing; they buy a book, then another that they give to their friend, who just happens to be the cousin of a New York book editor; and bam! Six figure contract.

Plus, it’s fun to meet people, even if it’s people you already know. But that brings me full circle, because if people don’t know about the book signing … well, there you go. That’s why I say things like “Come to the Noble Art Gallery in Albion, this Saturday between 1-5 p.m.!” It’s not because I want to annoy you. It’s to open up the possibilities. 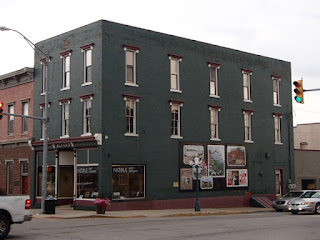