Emily and I discussed the cover for Hoosier Hysterical quite a bit before she came up with the final version, in which we went for a simple, uncluttered look: 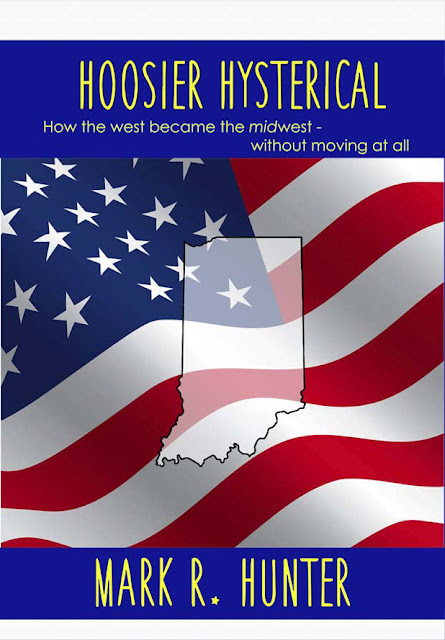 Since it’s a humor book, I’d originally thought of putting something funny inside the state outline: maybe a corn cob man wearing a pan on his head, while waving an Indiana flag. It seemed like a good idea at the time. But by now you all know the book’s subtitle is How the Midwest Became the West Without Moving At All. If someone can’t figure out from the title and that subtitle that it’s a humor book, they probably don’t have enough of a sense of humor to read it, anyway.

In a day or so we should get to see the cover on an actual printed book … then we’ll see if we feel the same.