My professional geek friend Tabitha Grace Smith is getting married, and there aren’t a lot of people who deserve a happy life as much as she does. As a gift, I’ve dedicated a story to her. That’s right: I’m so cheap Tabz gets what would probably be called a fanfiction, if not for the fact that the character I’m writing about comes from my own stories. Still, I think anyone who knows her will see how she inspired the tale.
To set it up, the story is about Ian Grant, who’s on his way to Indiana to plan his sister’s wedding … although she doesn’t know that … and doesn’t like him. Ian used to chase trouble; these days it’s his reputation that does the chasing, as shown in this scene from early in The Notorious Ian Grant, when he finally reaches the Hoosier State and runs into Fran, a police detective:
Fran gave Ian an even closer look, if that was possible. “I’ve seen your jail book-in photos.”
“Was I smiling? Could you see my dimples?” Fran … probably had a nice smile. He almost regretted letting his agent talk him out of joining the cast of Lady Cop 3: Hollywood Vice, especially since his agent dumped him weeks later.
“You smiled, but the bloody nose and the missing tooth spoiled the effect.”
“They put the tooth back. See?” Ian gave her his most ingratiating smile, to no effect.
“Very nice. However, around here those trimmed stubbles are not in fashion.”
“I’ve driven for three days—”
“May I ask your reason for being here, Mr. Grant?”
Uh-oh. Official voice. “It’s kind of a long—”
“Make it a short.”
“Okay: redemption.”
Fran stared at him.
“See, I have no redeeming qualities...so I need to develop some.”
After a moment Fran nodded. “Didn’t you once beat up a bouncer in L.A.?”
“It was in Malibu, and I only hit him once.”

So at least Ian recognizes the problem. But before this scene he spends several days driving from his California home—I wrote fanfics in which along the way he met up with the brothers from Supernatural and some characters from Buffy the Vampire Slayer. To celebrate Tabitha’s impending nuptials, here’s Ian making a stop along the way at a place that would be close to her heart. Happy wedding, Tabz! I wish you many happy returns.
CHAOS AT THE CON
( Collapse ) 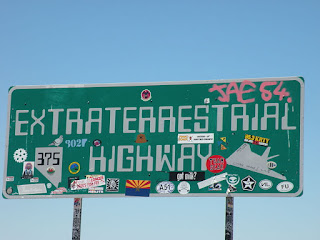