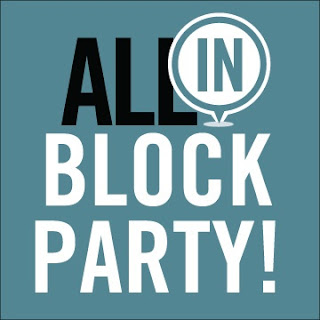 I had this idea to bring Noble County authors together as a club, armed with clubs … a club club. Its goal: to force everyone else to read. But that seems excessive and possibly illegal, so how about we all get together for an author appearance?

Actually, that’s the idea of Joy LeCount and the Albion S.T.A.R. Team, which plans a Noble County ALL-IN Block Party around the courthouse square Saturday, June 25. (ALL-IN is a statewide effort by Indiana Humanities.)

Joy asked me to reach out to Noble County authors, and I think we can include authors from Noble County and those with a heavy presence in Noble County. Her idea was to have the authors together during the event, which goes from 10 a.m. to 3 p.m., for book signings, photo opportunities, question answering, solving mysteries, and being ruggedly handsome.

It might be under the umbrella of Noble County libraries, which makes sense to me, but that hasn’t been decided yet. For now, anyone who’s interested let me know with your name and contact info (preferably an e-mail address), so we can get a count and give further information as plans firm up.

I’m not going to organize it myself, due to time constraints and the inescapable fact that I’m a terrible organizer, but I’ll be as involved as possible. If anyone is interested in being the official author organizer, please let us know.

S.T.A.R., of course, stands for the Super Town of Albion Revitalization Team. If you look carefully, you’ll find their website here: http://www.albionstarteam.org/#.

The S.T.A.R. Team does all sorts of neat things around Albion, but in this case it’s a Noble County-wide event highlighting county organizations. The block party is designed to get residents more involved in their communities, and to celebrate that aforementioned bicentennial which, after all, doesn’t happen every decade.

Look for scads of activities on the square that day, and as you all know a scad is substantially more than a dozen, so let me know soon if you’re interested. There are plans for a photo booth, a book exchange, DNR demos on boat safety, and participation by groups like the Noble County Extension Homemakers and the Noble County Saddle Club. Also, yes, the Noble County Quilters are making a Noble County Quilt. (Maybe I’m getting older, but I think that’s a cool idea.) There’ll be an eight foot Indiana State Torch on the Courthouse lawn, so lighting won’t be a problem. There is also, naturally, a plan to honor veterans, and look for a United Way sponsored Bison-tennial Statewide Art Project. (‘Cause it’s Indiana’s bicentennial, and we had bison, so …)

So let me know, and I’ll start compiling a list of interested authors. I’m looking forward to seeing everyone there! (Also, please repost this unnecessarily long appeal.) 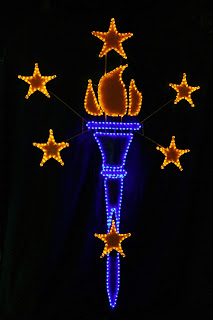