We left Pokagon State Park at about 12:30 this afternoon, figuring to get ahead of a vicious looking black cloud. We failed. On I-69 it got nighttime dark, with an edge of light on the horizon that made things look a little surreal; that was when I looked to my left and said something that I won’t repeat here, but won’t win me any awards for great sayings.

I wouldn’t recommend pulling over along an interstate, but I also wouldn’t recommend calling 911 while driving 70 mph in wind gusts and a downburst. While we were stopped we saw at least three or four funnel clouds, or possibly one or two that would come down, spin around for awhile, then lift back up only to emerge again. We had a scare when it looked like a touchdown directly ahead of us along an overpass, during which I cussed in the 911 dispatcher’s ear, but I think it was a front gust that blew dust and rain over the top of the bridge. On the way home we caught a little hail, but by the time we got to Kendallville it was just heavy rain.

Emily said she’d never go storm chasing with me … but she said nothing about already being in the car when the storm chased us. 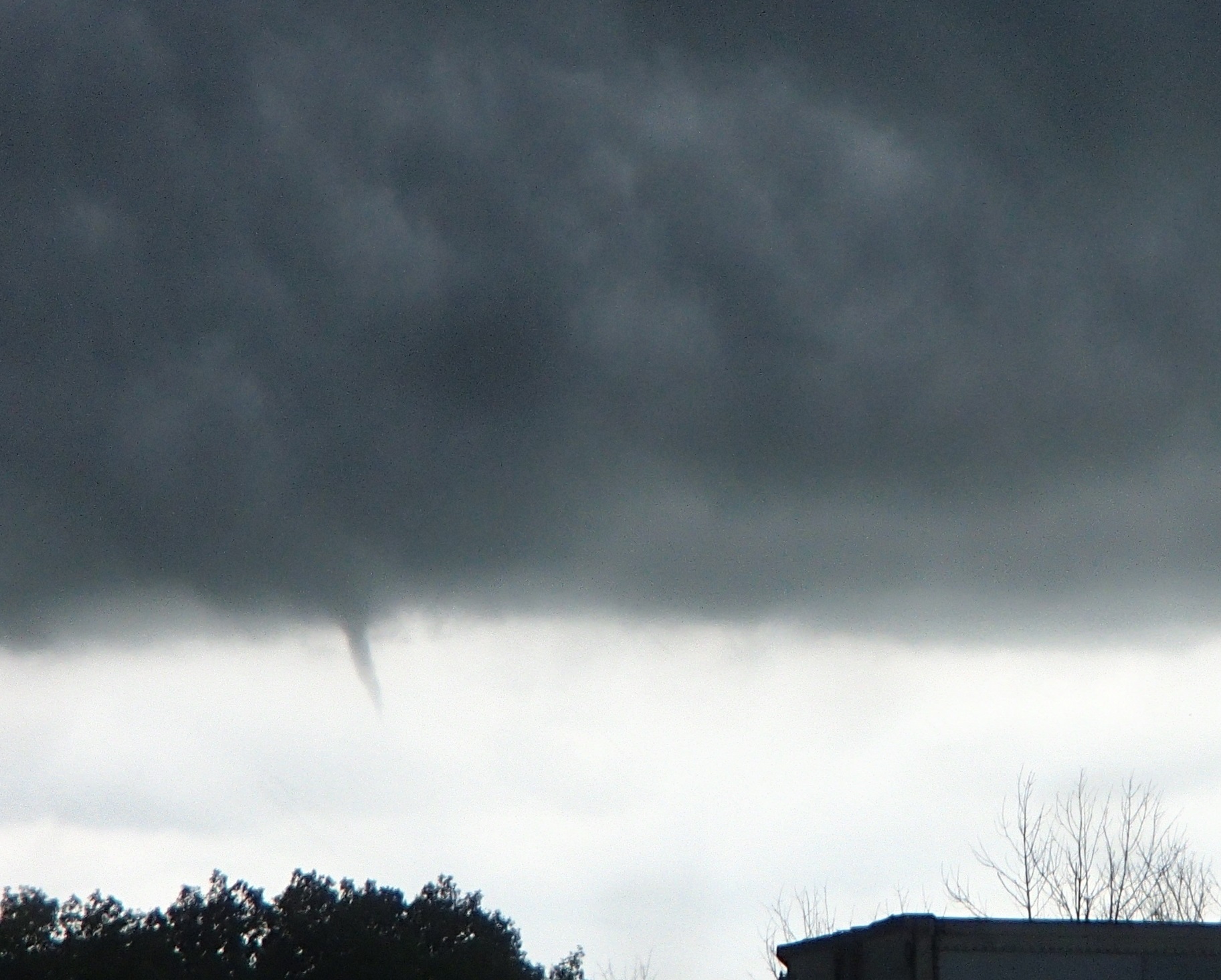