I was feeling stressed the other day, so Emily and I watched … Batman.

The 1966 Batman. Yeah. Adam West, Burt Ward, a cadre of great actors as costumed supervillains … Alfred hiding his identity with just a mask … “Get me the Bat-Shark repellent!” … and one my favorite movie lines:

“Some days you just can’t get rid of a bomb.”

I guess camp and deliberate silliness just don’t cut it in today’s movies (It sure didn’t work in 1997’s Batman and Robin), which maybe says something about society. But it sure was a fun “Pow!” from the past.

*sigh* Well, back to shameless self-promotion. 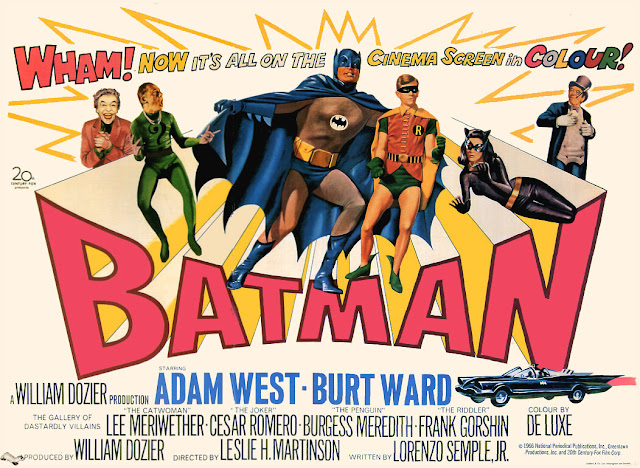