It's said there's no such thing as bad publicity.

We all know that's not true.

Oh, it sounds like a good idea in theory. As a writer, I'm well aware that if you want to hit the best seller's list, your best bet is to get caught doing something wrong, preferably prison-sized wrong. Or to get elected, which is pretty much the same thing these days.

But even then it depends on what you did. There's a new reality show out about the "Queen of Meth", actor Tom Arnold's sister, who apparently made truck loads of money, got busted, and now is being paid to be on TV because she ... well, dealt drugs. But do you think she'd get a TV deal if she got busted kicking puppies and kittens? Nope.

Now, my newest novel is a couple of years old now, but chances are you haven't heard of it. Yes, I sent out press releases, but I've published too many books now for the media to be all that interested anymore. I shouted out Coming Attractions on the internet, but social media is now designed so people aren't likely to hear about it unless the writer forks over some money, first.

So I forked over some money. 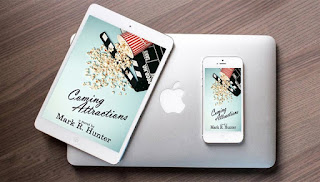 There are web services that promise to shout out your book, get people interested, land you sales, make them money ... you too, hopefully. I've used them sparingly before and found they gave me a bump in sales, if not a big one.

Now, I believe in Coming Attractions. It's a fun story, if I do say so myself.

But frankly, it landed with a snooze.

It's received only four Amazon reviews, the most recent one a year ago. It was self-published, but these days almost all authors have to help promote their work, even with a traditional publisher ... unless their name ends in King, Koontz, or Rowling. It was as if one of my children went on stage for their first role, and found the theater occupied by three winos and the janitor.

I have ideas in other areas, but for starters I decided to try one of the publicity sites again. Among other things they put the book up on their website, and send it out to their newsletter subscribers. They also Tweet links to it. You've heard of Twitter: That place where you have very little space to say a whole lot of things. I'm a novelist--Twitter and I are not friends. But I've met a lot of great people there, and some of them read.

Some attention, right? At the very worst it would just be a little wasted money.

Then came the next one:
A dynamic, explosive, page-turning epic. #books #RomanticComedy #MarkRHunter
@MarkRHunter
Um ... are we talking about the same book?
Don't get me wrong: I really do think it's a good story. But it's a romantic comedy. Early Tom Hanks, Sandra Bollock stuff. It is not, nor was it meant to be, a literary masterpiece. Nor is it the kind of story that would be called explosive, or epic. My characters are not returning a magical ring, or saving the planet.
With what I paid them, I didn't expect anyone at the company to actually read the book--but they did have the back cover blurb, for crying out loud. 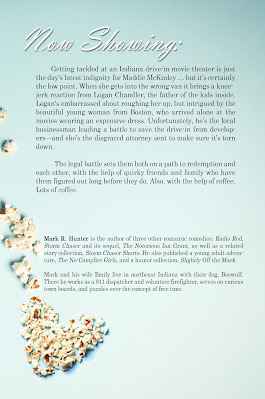 Over the next several Tweets, I learned Coming Attractions was inspiring, intriguing, riveting, and the Best Book They've Ever Read! Also, after making all those promises, they said it lived up to every promise. Promises they made.
Oh, and it's also "One of the most original, powerful, and mind-blowing books you will ever read about human consciousness."
No. No, just ... no.
Finally, it's "The perfect book for all book readers".
Oh? What if you only read horror? Or thrillers? Or stuff recommended by Oprah?
I was horrified.
I would have been horrified but kept my mouth shut, if it actually did bring in more sales. But I kept imagining potential book buyers would read this bombastic bragging and be reduced to helpless, knee-slapping, non-buying hysterics.
That must be what happened, because during the promotion period Coming Attractions made exactly zero sales.
Ah, well. It wasn't much money--if it had been, I wouldn't have tried it to begin with--so I can only complain a little. And after all, I'm competing with the 1.7 million other self-published books released that same year, so maybe shouting big words from the rooftop was worth a try. It beats walking up and down the street wearing a sandwich board sign.
Which did get me two sales, so who am I to say?