It's been a few weeks now since we got together for my father's birthday, but Emily and I have been sick most of the time since then and I've just now gotten around to putting up the pictures. 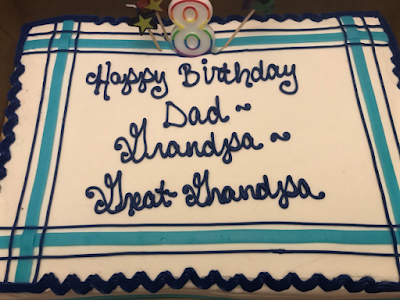 Not that they're the greatest pictures I've ever taken, but there was food to eat. Priorities. 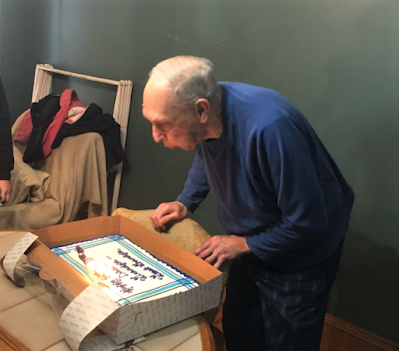 Dad turned ... something. I figure if I don't think about his age, I won't think about my own. But he still has enough lung power to get those candles out, so it's all good. 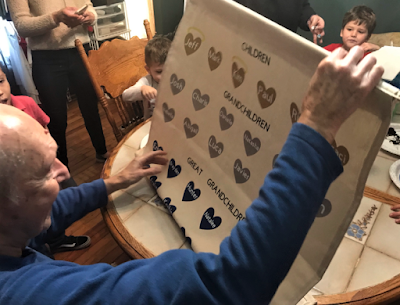 But the coolest thing of the day, if you don't count the fried chicken (we're southern) was this very cool mural. Mural? Wall hanging? Heart posty-grandpa cloth?

It lists all of Delbert Hunter's children, grand-children, and great-grandchildren, of which I'm one. (I'll let you guess how far down the list I am.) 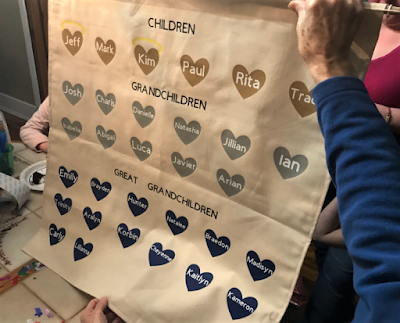 Hearts are appropriate ... a lot of love, there.

https://docs.google.com/forms/d/1bV_IvSwiWKchvD8TaEQ1z0Nw5GbdHdXhKQpXerhxJdM/edit
I'll bet no author has ever asked you which book he should promote next.