A news release about pictures, not politics. Yay!

You already heard my pitch for photos relating to our new book project. I just thought I'd throw out the official version of that pitch--the one that we sent out to area news agencies a year ago. Maybe it suffers a bit for being too long winded for modern news, but long winded is what I do. Basically I wanted to give busy editors text, pictures, quotes, and contact information, everything they need to either print the release as a whole or pick and choose what they want. I've found that if you're friendly to the media and make their job as easy as possible, they'll be friendly to you.
Needless to say, the news agencies used only the parts they needed! If anyone out there wants to use some or part of this (hey, it could happen), you're welcome to.
NEWS RELEASE
Albion Authors Plan Fire Photo Book
Two Albion authors are going local again for their newest book, and they’re looking for some photographic help.
Mark and Emily Hunter want to collect as many photographs as they can relating to the Albion Volunteer Fire Department for a new book, which they hope to have out this summer. So far untitled, it will be almost entirely pictures.
The Hunters previously collaborated on a history of the AFD, Smoky Days and Sleepless Nights: A Century Or So With the Albion Fire Department. But that book, about the department’s history, had relatively few illustrations. Mark Hunter described their new book as being a balance between Smoky Days and Sleepless Nights and their other local history book, Images of America: Albion and Noble County. The latter, released by Arcadia Publishing, was also almost entirely pictures.
The two also co-wrote a humor book with a wider historical focus, Hoosier Hysterical: How the West Became the Midwest Without Moving At All.
Mark, who’s on Amazon and various social media sites as Mark R Hunter, has been a volunteer Albion firefighter for thirty-eight years. “Albion and Noble County was a load of hard work,” he says. “But it was also great, because we searched long and hard for historical pictures, and got a lot of great ones loaned and donated to us. That got me thinking.”
Now Mark and Emily and searching for any photos, of any age, relating to the AFD—even remotely. “Personal stuff kept me from getting as involved as I’d like with the fire department in recent years, so I wanted to do something,” Mark says. What kind of pictures are they searching for? “Fires; fire trucks; firefighters; firefighter families; firehouses; fire history; fire dogs—whatever. The older the better, but modern is fine.”
They’re asking anyone with fire related photos involving Albion in any way—or video, if screen caps could be made from it—to loan them long enough for Emily to scan a copy for the book. The donators will get credit, as will the original photographers, if their identity is known. In addition, half the proceeds from sales of the book will go to the Albion Fire Department’s training and equipment fund. The Hunters are publishing independently, so the other half will go toward actually designing, producing, advertising, and printing the book.
All the proceeds of their previous AFD book, Smoky Days and Sleepless Nights, go to the AFD. The Hunters also donate half of Mark’s young adult novel, The No-Campfire Girls, to an organization working to support Emily’s former Missouri Girl Scout facility, Camp Latonka.
“We're especially interested in former members”, Mark adds, “since it's awfully hard to fight fires without firefighters. I should stress that I mean Albion, Indiana. Although, come to think of it, it would be kind of cool to have a section on Albion firehouses from across the country.”
Mark and Emily can be contacted on their website contact form at www.markrhunter.com, or through any of their social media, or--believe it or not--their number's actually in the phone book.
Mark R Hunter is also the author of four romantic comedies: Coming Attractions, Radio Red, Storm Chaser and its sequel, The Notorious Ian Grant, as well as a related story collection, Storm Chaser Shorts. In addition, he collaborated with Emily, on a collection of his humor columns, Slightly Off the Mark. His short works appeared in the anthologies My Funny Valentine, Strange Portals: Ink Slingers’ Fantasy/Horror Anthology, and The Legend of Ol' Man Wickleberry (and His Demise).
Mark is a 911 dispatcher and volunteer firefighter in rural Indiana, where he lives with Emily and their dog, Beowulf, and a cowardly ball python named Lucius. He’s online at www.markrhunter.com, blogs at https://markrhunter.blogspot.com/, and can be found hanging out on Facebook at https://www.facebook.com/MarkRHunter/ and Twitter at https://twitter.com/MarkRHunter. 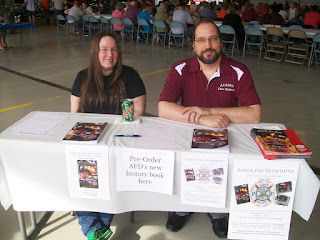 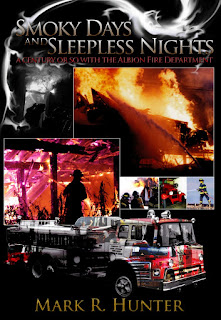 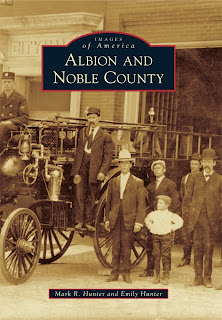