40 Years As a Firefighter

Forty years ago tomorrow (as I post this ... okay, the day in question is Tuesday, July 14th), I walked into a small and ironically smoky meeting room, and told a group of men there that I wanted to be an Albion volunteer firefighter.
I was terrified.
The Chief, Jim Applegate, stared at me and asked: "How old are you?"
I'd turned 18 that same day. Later I learned that only a few years earlier, the Albion Fire Department had lowered its age requirement from 21 to 18, so I probably looked way too young ... and maybe I was.
I don't know how I did it. Climbing those stairs to the meeting room ... that was probably the bravest thing I did in my entire career. Climbing a ladder into a burning building? Nothin'. I was painfully shy, not a fan of crowds, not great at physical work, and not in shape. (That last helps explain my chronic back pain, so ... be in shape, people.)
And yet I wanted to be a firefighter, so I did it. It's about the only thing I had planned at age eighteen that actually worked out. 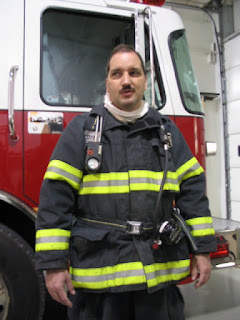 After awhile I got comfortable with one group, that group being my second family, the firefighters. Once word got around that I did the writing thing I became the department's public information officer, photographer, and I was elected secretary. 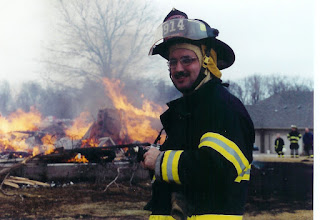 I suggested to the chief that we have a safety officer, and he gave me the job. What have we learned from this, kids? That's right: Never volunteer. That led to an instructor's certificate, and for several years I was the AFD training officer. Yeah, me, the guy who was uncomfortable speaking in a crowd. I still am. But on a volunteer fire department, sometimes you have to fill a need.
I'm not as active now, thanks partially to the above mentioned chronic pain, and I do wonder how long it will be before I have to call it a day. That's part of the reason why I'm searching out photos for this new book about the AFD--I want to preserve the memories, while I'm still around to remember them. 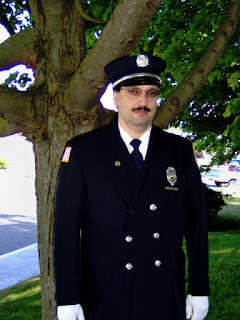 Wow, what memories. I wrote something down for some emotional retirement speech to the membership, but then I thought: Why would I do something like that to those poor guys? So I'll say it here (and it'll probably end up in the book):

The hottest I've ever been in my life has been as a firefighter, although not necessarily because of fire. Also the coldest I've ever been. The wettest. The driest. Thirstiest; hungriest; happiest; saddest. I've been burned on the job, cut, bruised, scraped, fallen down, had asphalt melt to my feet, pulled muscles, and sucked down oxygen with a desperate eagerness. I've seen dead people and parts of dead people. I've seen despair and hysteria. I've run for my life, and I've run for someone else's life. I have been, at times, miserable on this job.

I'd do it again in a heartbeat.

Except for the back pain part. 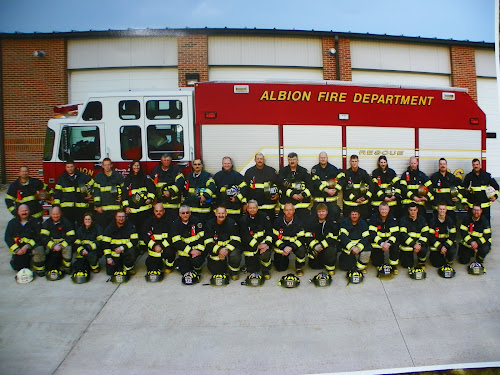