I wanted to get away from all the anger and destruction going on in the world today, so I went looking for some light, fun reading.

Nobody ever claimed I make all the best choices.

My only defense is that the book was a lot more fun than the actual war. In The World War 1 Trivia Book, Bill O'Neil takes us through some interesting stories and random facts from the war, and I know because that's the book's subtitle. It's a quick read (and would be useful, I suspect, for high school students looking for an overview), and O'Neil doesn't go into detail about every battle, or in depth about personalities involved.

He does give us an overview of related subjects, including the new technologies developed during the war. He explains clearly the political and ideological causes that led to the war, including the nations that came and went, before and after. More detail is put into the after-effects, and how they led to World War II and then beyond to linger into present times.

No blood and guts, but O'Neil also doesn't pull any punches about the effects of developing technology on the individual soldiers, and on their difficulty recovering from the conflict.

If you're already soaked in the history of the era this probably won't tell you anything new, but it's a good overview of a bad time, easily understood, and if you want you can ignore the quizzes at the end of chapters. (I got about a 90%, so yay me.)

The only real complaint I have is that the cover shows a World War II era tank, but what the heck. 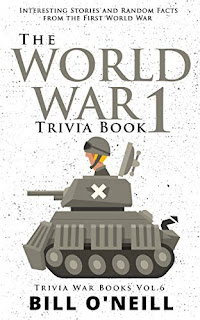