My Times, They Are A-Changing

There are two things you need to know about writers:

1. They're excellent at organizing their time and their lives.

2. They lie. Often to themselves.

Well, not me so much, as I generally admit to being unorganized. Still, I'm working on it. Some stuff is going on in my life that might bring big changes. They might also bring more expenses; I didn't say they were all good changes. So I'm working on ways to, as they say, "monetize" my writing. One of the best ways to do this is to spend more time actually doing that writing (and that selling, and promoting, and so forth).

(Am I one of those people who'd write even if it didn't pay? Well, yeah--I've done that on and off for years. But I'd rather it paid.)

Now, over the years I've joined numerous social media sites, both to spread the word about the writing and to, well, socialize. Some don't seem to be working out too well. For instance, I went to Insanejournal when Livejournal started having problems, but seem to be the only person on Insanejournal. Anywhere.

When I first started getting published, Emily set up Facebook pages for each of my new books. Because, hey, when you've only got one or two books out ... 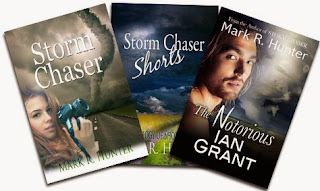 But now we have ten books out, and an eleventh on the way. I kept all the old pages, but just copied and pasted the same thing to those, for the most part. Copying and pasting doesn't take long once I get a post organized, but what's the point in places where no one is there, or only people who also are friends with me in other places?

And I'm deleting my Storm Chaser and Storm Chaser Shorts FB pages. For now I'll keep the Smoky Days and Sleepless Nights page and my main Facebook page, but for those of you who follow me for my writing, I ask you to join my FB author's page, at https://www.facebook.com/MarkRHunter/

... As I understand it, that's the best place on FB to be able to keep track of our writing news.

Later I'll decide other things. For instance ... MySpace? I still have a few friends on there, but haven't had any actual interactions for years.

There's also MeWe, which I went to because Facebook seems to hate its customers, and wish them all the failure in the world. But very few other people are going to MeWe, so is there a point? 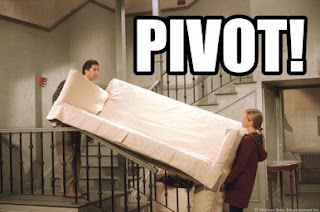 Oddly enough, I'm not that much of a joiner in real life. But online I'm on Deviantart, Goodreads, Tumblr ... it gets to be too much. A writer should, I think, concentrate on a few places, rather than spreading themselves all over the internet.

How do you all feel on the issue? If you're selling something, do you have an honest to goodness online strategy? Or is it more like me, throwing crap at the wall to see what sticks?

Of course, you'll always be able to find me on:

And there's especially our newsletter ... you can access past issues and the signup page by going here:

I think you can. Because it's only been twenty years or so, and I'm not sure I have this internet thing down, yet.