Fire Prevention: A Light Look at a Serious Subject

Fire Prevention Week is here, a time in which we try to – wait for it – prevent fires. Of course, Fire Prevention Week should go on year round, but if it did we’d have to change the name. So, to give you something you can take with you all year, here’s a quick quiz to see if you know … oh, just relax, nobody’s grading you. 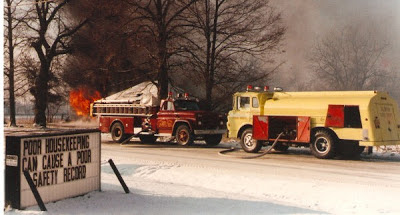 1. Fire Prevention Week was begun after a huge fire burned:
a. The City of Chicago.
b. The entire town of Peshtigo, Wisconsin.
c. A huge swath of Wisconsin and an even larger area of Michigan, all the way from one Great Lake to another.
d. Donald Trump’s hair.

The answer: All of the above. The most devastating forest fires in American history roared through Northeast Wisconsin and lower Michigan on October 8, 1871, leveling at least 16 communities, killing 1,152 people, and blackening 1.2 million acres of land – those are the conservative estimates. The disaster didn’t make much impact on the national news because of that little dust-up going on in Chicago at the same time. I was just kidding about the Trump hair..

The answer: d. Meanwhile, since the early 20’s Fire Prevention Week has come during the same week as the anniversary of the Chicago and Peshtigo fires.

3. On the spot where the Great Chicago Fire began now stands:
a. The Chicago Fire Department Fire Academy
b. A shrine to Oprah.
c. Barack Obama’s birth certificate.
d. The burial spot of Donald Trump’s hair.

The answer: a. Can you sense the irony?

The answer: False. Although the fire started in the O’Leary barn, a lucky breeze spared their house. However, rumors that Mrs. O’Leary’s firebug cow kicked over a lamp made them a pariah at the Homeowner’s Association meetings for the next 130 years. Later research revealed there’s no proof the O’Leary’s – or their cow – had anything to do with the fire’s origin. In fact, there’s some speculation that a fiery meteorite broke apart as it fell to Earth, explaining how several fires over three states all started at once.


(Experts now believe meteorites would not have started the fires, so we're back to blaming humans.)

5. Most fires are started by:
a. Mice with matches.
b. Men, women, and children.
c. Zeus.
d. A small, square animal called the Woozy that shoots sparks from its eyes.

The answer: b. Zeus is a myth, people – and the mouse was acquitted. Bonus points if you can tell me where I got that Woozy thing from.
Cooking, electrical problems, smoking, and children playing with fire-starting materials are the main causes of fires. Kids with matches or lighters cause hundreds of deaths every year, and that ain’t funny.

The answer: d. You might want to consider getting a guard dog, because sprinklers are designed to control fires while doing only minimal water damage.

7. Your smoke detector batteries should be changed:
a. So you have fresh ones available for the TV remote.
b. Every spring and fall, when the clocks change.
c. Because otherwise they could develop serious diaper rash.
d. Because their behavior is just unacceptable.

The answer: b, no matter what time zone you’re in.

8. E.D.I.T.H. is important because:
a. She’s the only woman James T. Kirk ever really loved.
b. I said so.
c. Exit Drills In The Home help families escape from home fires.
d. How would Archie get along without her?

The answer: c (and b. Come to think of it, all of the above). Smoke and toxic gases from a fire can fill a home within minutes, so practicing how to safely escape from a fire, and meet up in a safe spot afterward, saves lives. Firefighters are great, if I do say so myself, but most fire victims are dead from smoke inhalation before fire trucks can reach the scene.

9. Firefighters die:
a. Because that gray is unacceptable.
b. hard.
c. in the wool.
d. At the rate of almost a hundred every year.

10: Fire is:
a. Fast, sometimes engulfing a home in just a few minutes.
b. Dark, producing dense smoke and toxic gases.
c. Hot, over 1,000 degrees in a typical structure fire and searing lungs even at a distance from the flames.
d. Deadly, killing 2,900 people in 2008, injuring 14,960 others, and causing over twelve billion dollars in damage.

The answer: All of the above, and that’s no joke. So the next time you see or hear something serious about fire prevention – pay attention. When the real test comes, it’s life or death. 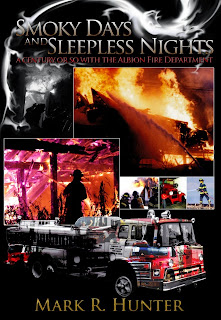