Some jobs are both difficult and fun at the same time. I suppose that's what dancing is like. I tried dancing once … cost me thousands of dollars, once the E.R. and X-ray charges were factored in.

One of the jobs I'm a bit better at is creating and naming fictional characters. I'm always looking for something that's original and interesting, but not too off the wall (depending on what I'm writing). At the moment I'm reading a novel in which the main character is named Odd Thomas … I really need to ask Dean Koontz about his character naming techniques. 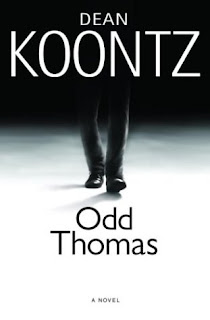 Another good example of character naming comes from Neil Gaiman, in his novel American Gods. Many of that book's characters have the names of--well, gods. But the main character is Shadow Moon, and if that's not a great name, I don't know what is.

Sometimes my names have meaning: I named a risk-taking character Chance, which is about as obvious as you can get. In Storm Chaser Chance meets a woman named Allie, who's a storm chaser, and it just now occurred to me that my subconscious might have named her after the term Tornado Alley--which she's very familiar with.

In the case of Coming Attractions, I was writing a more mainstream romantic comedy, and didn't want my character names to be too odd … or Odd. The hero is a small town Hoosier coffee shop owner, a widower with two young kids. The heroine is a Boston attorney. Ordinarily I do a basic character sketch, then name them, then fill in their characterization as completely as I can--which sometimes leads to changing their names, once I get to know them better.

But there was a twist in this case, as I wasn't naming them alone. I sketched out Coming Attractions while waiting for the movies to start at the local drive-in, and my daughters helped me with it. At the time a favorite TV show of one was Friends, and the last name of my hero became Chandler. A favorite of the other was Buffy the Vampire Slayer along with its spin-off Angel, so Logan Chandler's kids were named Faith and Conner. The heroine, Madison McKinley, goes by Maddie, after a relative of ours who died very young.

Maddie's assistant is part Native American, and although she goes by Dena her last name is a real Native American name, Hantaywee (a Sioux word meaning "Cedar Maiden"). I chose it because I knew I wouldn't have to spell it often. More importantly, I wanted a name that sounded atypical to modern ears, because Dena's an atypical person.

The head of Maddie's law firm, who claims to be a decendent of President John Adams, is named Adam Quincy--Quincy being the middle name of the original Adams' son.

Another character is described as looking like Shaggy from the Scooby-Doo cartoon, which by itself gives a lot of insight into his character. He's something of a comic relief character, and goes by his middle name. Unfortunately, his mother was a dedicated Tupperware salesperson, and his middle name is Tupper. It suits him. 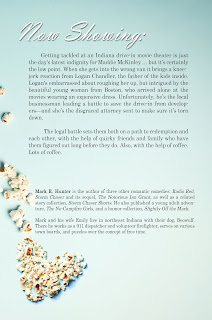 Of course, a name is just one aspect of a person. There's appearance, of course, but also upbringing, occupation, family, and dozens of other factors. I have more than one character list to go by when I'm creating, and by the time I start writing the story know more about my characters than I do about almost anyone in real life. Some authors don't do it that way, but it works for me.

(You can find links to our books at the website, http://markrhunter.com/books.html.)