Warning: County roads across Noble County are drifting shut in the strong winds, and many are already impassable. We've been advised that the county highway is not coming out until 7 a.m.--do not go out on county roads until they've been cleared. If you get stuck, you'll probably stay right where you are until daylight. Remember that most police vehicles and wreckers are no more able to navigate deep snow drifts than any other vehicle.

In addition, although INDOT does have some plows out, drifts are also forming across state highways. Until the winds die down and plows can catch up, your best bet is to not go out under any circumstances.

In other words, it's really awful out there. The Noble County Highway Dept doesn't have the resources to have trucks out 24/7, and I don't have anything in that decision making process, so there's no point debating it.

We've known for over a week that a serious winter storm was coming, and that there was a chance this area would be hit by it, so nobody really has an excuse not to be prepared. I feel for people like me who have to drive to work requirements (I didn't have to go far), but not so much for anyone who chooses to go out. 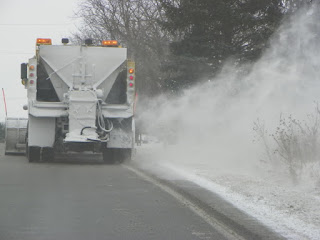 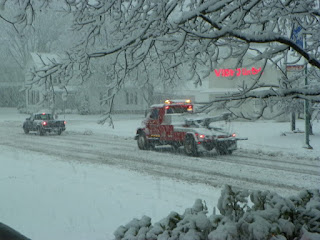