It was a tense day Friday, with the same severe storms approaching us that hit areas in Iowa with damaging tornadoes. Here in Noble County we ended up under a tornado watch and then a thunderstorm warning, and the leading edge looked pretty darned bad on radar.

And there were some funnel cloud sightings and at least one touchdown filmed ... but not in Noble County. Up here it eased somewhat before it hit, with most of the really bad stuff ending up to the south of us. The same system went on to produce tornado warnings in several other states to the south and east. We got some pretty heavy lightning, along with wind and hard rain, but only a few reports of damage. So the photos I took--mostly from my back porch--made it look worse than it was.

I should use days like this to work on a new story in the Storm Chaser series. Like ... a storm muse. 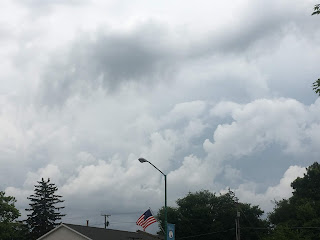 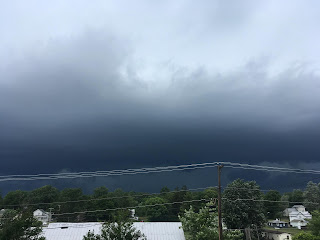 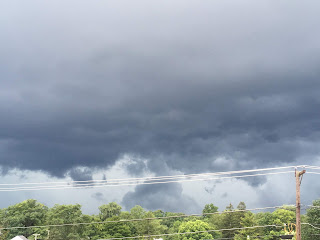 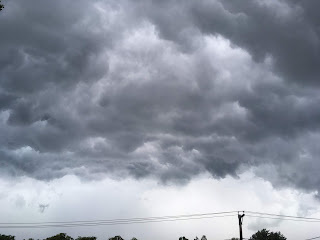