Print Book or Audio Book? Or both?

Last year I did a review of Neil Gaiman's American Gods:

Emily and I listened to it on audiobook while driving back and forth to Missouri and other places over the summer. It was only the second fiction audiobook I ever listened to, the first being Red Storm Rising by Tom Clancy. I read that print book first, and was disappointed in the audio version, which was abridged and in my opinion not dramatized well. (However, I've never been disappointed in non-fiction audiobooks.)

American Gods was just a reading, rather than a dramatization; maybe that's what did it for me, but I loved it. Then the TV series based on the book came out, and got my interest enough to try reading the book myself. The audiobook narrator did such an awesome job that it seemed the print version would be weaker.

It wasn't. It seems there's no version of American Gods that isn't awesome, including the TV show.

There are places for both, of course--for instance, my wife really hates it when I read and drive. What's your preference, if you have one? Audio or print? And maybe I should tackle the graphic novel next.

Maybe someday we'll even get to "see" some of my books on audio. 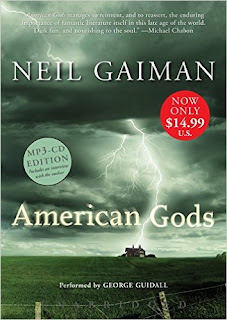 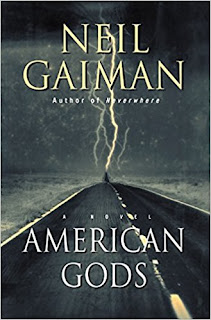