Normally we approach the end of grass fire season by the first of May, but for today Noble County and most of northern Indiana, along with northwest Ohio and southern Michigan, have been put under a fire weather warning by the National Weather Service.

It's a rare Red Flag Warning for this area, and the culprit is a combination of dry weather and strong winds. Humidity is expected to be around 20--30% this afternoon, and winds are forecast for 20-30 mph as the temperatures approaches 80. (We haven't hit 80 since last October.) The result is obviously very dry conditions, at a time when there's still a lot of dead, dry foliage from over the winter. Fires can start easily and spread fast.

It's so bad the Noble County Emergency Management Agency has declared a burn ban until further notice. Hopefully it won't last long, as rain is predicted Thursday, but until then stay away from doing any outdoor burning--no matter how much you may think you have it under control. Fires are likely to spread rapidly.

Between Saturday afternoon and Monday thirteen fires were reported to the Noble County Sheriff Department--and that was before Red Flag conditions developed.

On a personal note, I just finished heavily promoting our novel The No-Campfire Girls--about a fire ban, due to a drought. The irony doesn't escape me. 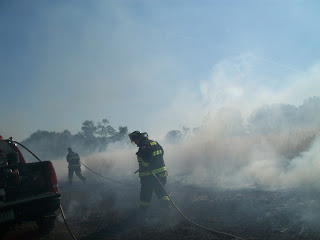 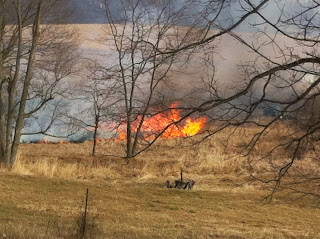 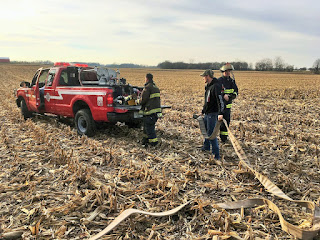