I almost skipped "Black Panther" when I started hearing the initial reviews. "social awareness"; "responsibilities of a nation"; "the superhero film we need now"; "politically aware".

As an information junkie, I'm overwhelmingly aware of news, politics, issues, and both the best and worst of human nature. My wife is constantly telling me to let it go and do something relaxing, which is darned good advice. I go to superhero movies for relaxation. Not necessarily mindless, but fun, funny, action-oriented entertainment where the good guys are mostly good and the bad guys are mostly bad

If you're a comic book fan you're already protesting, but hold that thought.

Granted that the Marvel Cinematic Universe has never shied away from serious issues, but they're usually good at mixing them with, you know, entertainment. Would "Black Panther" sacrifice being a good movie in favor of an agenda?

No. No, it wouldn't, and I would be very happy indeed to go see it again tomorrow. So relax ... besides, it's not like there aren't some people who could stand to up their awareness levels.

If it seems like I'm spending half my review addressing the political and social issues, hey--so do most of the other reviews. But I'm a casual moviegoer, so let's get on with the entertainment part.

The entertainment part is awesome.

You might remember that during "Captain America: Civil War", the king of the small African country of Wakanda was killed, leading to the reveal of his son, the legendary Black Panther. Say, that must be where the movie's name came from! In "Black Panther" T'Challa (Chadwick Bosemen, fantastic) returns to Wakanda to be crowned the new king, to replace his dead father.

T'Challa faces challenges from within his own family, and from a previously seen outside villain who's out to get his hands on the rare metal that makes Wakanda rich and technologically advanced. Wakanda has hidden those riches from the rest of the world, which brings out a major question when a ghost from the previous king's past returns: should Wakanda continue to protect itself, or use its advancements to help the rest of the world?

Which brings me back to where I started, because you really can't tell that story without addressing today's world problems. And that's okay, because despite what I said above, comics and superhero movies have been addressing social issues almost from the beginning. My fear that "Black Panther" would tilt too far in the other direction was unfounded: We still have a well made, entertaining, action packed, and occasionally humorous movie, just as we've come to expect from Marvel. 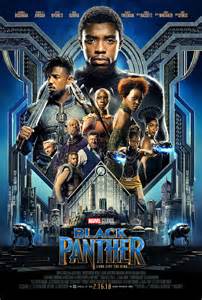 There were occasions when the digital effects were a little obvious, but overall "Black Panther" is beautiful to watch, with a gripping story. There are fewer than usual shout-outs to the Marvel universe:. Andy Serkis returns as the villainous Ulysses Klaue, and Martin Freeman reprises his CIA agent Everett K. Ross. There are two other cameos (come on, you know who one of them is), including one at the end of the credits.

Michael B. Jordan almost steals the movie as Erik Killmonger. In the tradition of great Marvel villains he's over the top, vicious, and ... has a point, just like another Marvel Erik, from the mutant side.

The rest of the cast is awesome and perfectly cast, especially Danai Gurira as the general of the Wakanda army, Angela Bassett as T'Challa's still grieving mother, and Letitia Wright as T'Challa's sister Shuri, who's the Q to Black Panther's James Bond.

Entertainment Value: 4 M&M's. No, it's not the best Marvel superhero movie I've ever seen; but it's one of the best.

Oscar Potential: 3 M&M's. The Academy loves to ignore superhero movies ... but they're going to have a hard time ignoring this one. 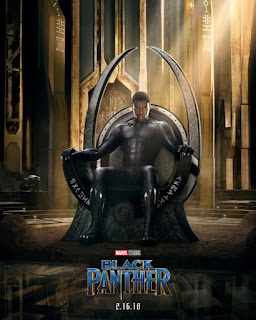