Stephen King at the library! Or at least, writers who want to be that famous

I have to be redundant, at the risk of repeating myself, which I do all the time, often more than once.

But I wanted to remind everyone of the Kendallville Public Library's Art and Author Fair, coming up Friday, September 15, from 2-7 p.m. This is something I believe they plan on doing every year, or at least annually, at their own risk of being redundant.

It's critically important to support your local artists and authors, especially if they live in your area. Emily and I will be there, but so will several others of the art and artist variety. In addition, I'm trying very hard to start a rumor that Stephen King is stopping by, to such an extent that I'm actually trying to find some random guy (or woman) named Stephen King, who can come in just long enough for me to honestly say Stephen King will be there. If he does show up, maybe he'll sign something for you; who's to say he's not the real Stephen King, and the guy on the book photos isn't a model, or his personal assistant?

This is a change from my original plan, because there doesn't seem to be a single J.K. Rowling in Indiana.

Anyway, the "Showcase Kendallville and Job Fair" is going on at the same place on the same day, sponsored by the Chamber of Commerce. (Maybe Stephen King needs a job?) So there's stuff, and things, plus it's a library, which is cool. Please make an attempt to stop by and visit; and remember that Emily and I tend to discount our books at events like this. Even for Stephen King.

The library's page for the event is here:

And here's the Facebook page, which is indeed on a page, and has faces:

(Remember, this is a library, so at least Stephen King's books will be there.) 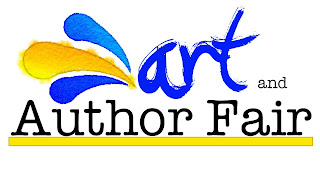