Most writers tend to put too much into their first drafts, and so have to go in and cut later. There's nothing wrong with that, as long as they actually do go back. A bloated manuscript is like your uncle on Thanksgiving evening; just sitting there, listless and fat, dull and motionless, at least until the half time bathroom break.

Well, that's how I am at Thanksgiving, anyway.

I have the opposite authorial problem: I tend to write sparse. Usually, the word count for my novel manuscripts is at the low end of what's considered a novel ... which maybe isn't such a bad thing, in these days of too much to do and not enough time for a good read. If War and Peace was written today, it would just be War.

I expanded the name of my novel in progress from Unnamed Space Opera to Beowulf: In Harm's Way, because that added one word to the word count, and every little word counts. Kidding! Actually, Unnamed Space Opera has been used. Anyway, late last year the manuscript had a word count of 62,500. (give or take, depending on the title. Okay, 62,522.)

I got busy for awhile after that, leaving the story to get "cold"; which is a good thing, not like at Thanksgiving dinner. Then, in April, I made a mistake: I sent the first three chapters and a synopsis off to an agent, and I went through the now-cold manuscript for a final polishing.

Unfortunately, I did it in that order.

I thought I'd fixed up the first three chapters previously, but as I went over them again I found several mistakes, plus areas that could use improvement. Writing off that agent (I've since received her form rejection), I started work again. I made numerous changes, and added something like two thousand more words. Along the way I realized I'd started small story arcs with a couple of characters that never really closed out in a satisfactory way. After some thought, I came up with a 2,000 word scene toward the end of the story that I think does the trick.

So my manuscript, which I "finished" before the holidays last year, weighed in at 66,788 words. That's over 4,200 words more than the previous version, even considering the stuff I removed while adding other things. That, by the way, is the second time I let the manuscript get cold.

What have we learned from this? One, let your manuscript cool, or it'll burn you. Two, writing's hard. Three, don't throw away a shot at publication because you're in a hurry. Four, don't overeat at holidays. And I suppose the thing about not giving up your day job still stands.

So I'm done now, right? I mean, I spell checked and polished the thing six months ago! No ... no. I made so many changes in the story, I had to go through and polish all over again. That's the biz. The "final" draft now weighs 6,7248 words, almost 500 words more.

Then my wife gets a look at it. She finds all the problems I missed, and I start all over again ... again.

Now I'm curious to know about your revision process, if you're an author. Or even if you're not--there's no law saying non-writers can't revise. But for now ...

For some reason, I'm in the mood for turkey. Hopefully that speaks to food, and not the quality of the story. 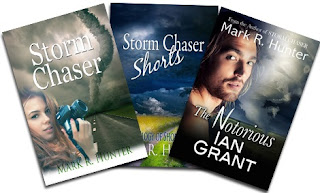