Erin Moran and the Holiday Inn

I got a bit of a weird feeling when I heard actress Erin Moran once stayed in (and got kicked out of) a Holiday Inn Express in Corydon, Indiana. A little research confirmed it was the same Holiday Inn that Emily and I stayed in while researching Hoosier Hysterical a couple of years ago. Corydon was the original state capital of Indiana, so naturally we spent some time in the area.

We weren't there at the same time as she was, of course. Well, not that I know of, although apparently she lived in the area then. I suppose it could have been the same room.

On the one hand, I was a little offended at the way the news media covered her move to Indiana, as if Moran had been banned to the seventh circle of Hell. (Apparently she and her husband moved here to take care of his mother, after her acting jobs dried up and they lost their California property.) I'd take southern Indiana over southern California any day.

On the other hand, I suspect I'd choose wealthy in California over impoverished in Indiana. She'd hit on very hard times, and didn't make the move for the scenery; those of us trying to work our way up can't begin to imagine what it's like to be a TV star at fourteen, and considered a has-been by thirty. Her happy days were far behind her, and it sounds like she spent the last years of her life trying to drown her sorrows in alcohol. I remember the fresh faced kid on "Happy Days", and can't help thinking she was only two years older than me. It could have been any of us; and it's very sad any way you look at it. 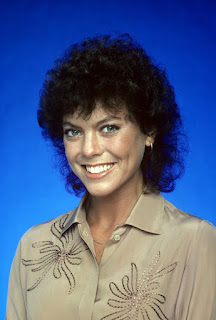