Back to the Saddle Barn ... and the hiking trails

The Pokagon State Park Saddle Barn opened for business the first weekend of April, and Emily's first day back was that Sunday. The temperature was in the thirties when she got to work, but warmed up to close to sixty by the end of the day. (Her two days this weekend have been in much nicer weather.)

It was her first chance in months to see the horses, and they were glad to see her! 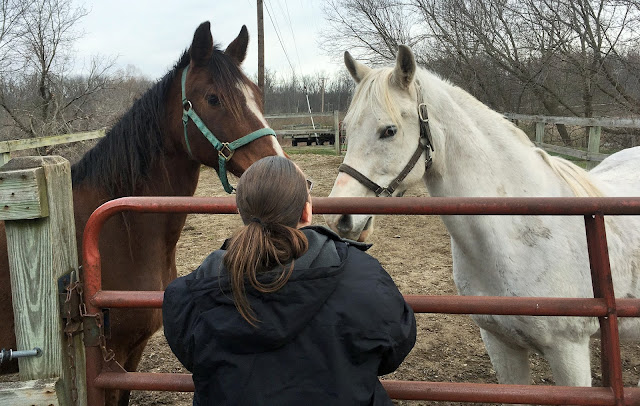 I don't think they cared so much about me one way or another, but apparently they're shedding, so they were happy enough when I scratched some necks.

Meanwhile, confession: It was the first time since our car accident in September that I walked more than a mile at a time. I made about 2.6 miles, mostly on the bike trail, which is easy going. But I did hit a trail along the way and even went off-trail a little--while I still could, before the foliage fills out and blocks cross country travel. My only complications were a little ankle pain and a sore back.

Not that the trails themselves didn't have complications: 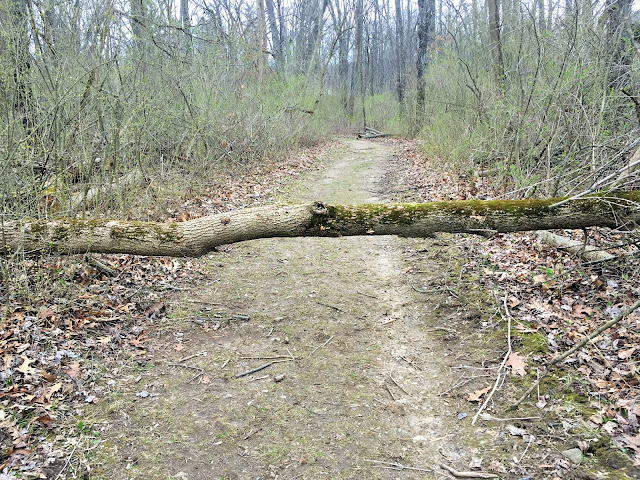 Over the winter it was windier than election season. Emily says there were a couple of small trees across the horse trail, although they didn't present a serious problem. This one was high enough that it would have held them up. I vaulted it, which was a remarkably dumb thing for someone in my shape to do in the middle of nowhere.

There was one across the bike trail, too. I'd imagine the park employees will have everything cleaned up in short order--we could see a lot of places where fallen trees had already been cut up and moved. 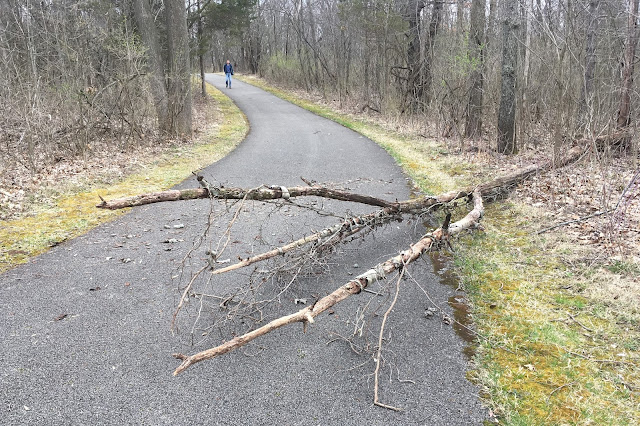 No idea who the gentleman in the distance is; I didn't notice he was there until after I took the picture. I wonder if he said cheese? The good news is, people are already out and about, enjoying weather that, if not great, is at least better. The bad news is, my allergies are already acting up.

But that's okay, because I love green ... and the green is coming along: 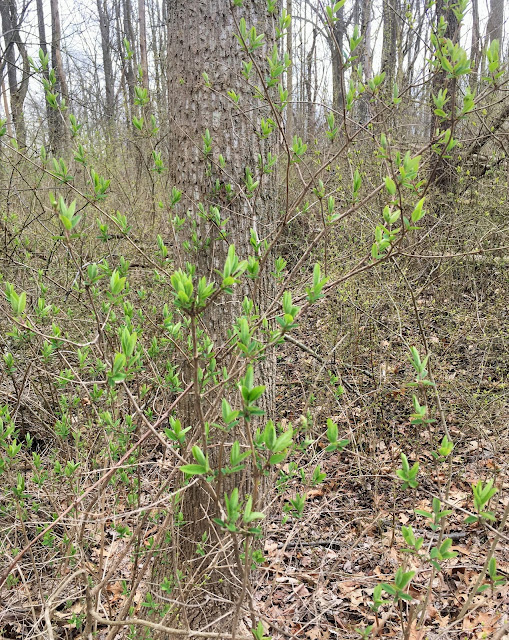